​
​Andy Clark is a professor of philosophy and Chair in Logic, Metaphysics and Cognitive Science at the University of Edinburgh. Before this, he was director of the Cognitive Science Program at Indiana University  and previously  of the Philosophy/Neuroscience/Psychology program at the Washington University. Clark is one of the founding members of the CONTACT collaborative research project whose aim is to investigate the role environment plays in shaping the nature of conscious experience. Clark's papers and books deal with the philosophy of mind and he is considered a leading scientist in mind extension. He has  written extensively on connectionism, robotics and the role and nature of mental representation. He is also Fellow of the British Academy.

Adriana Sampaio has a PhD in Psychology by the University of Minho. Her PhD research contributed for advancing in the knowledge of neurodevelopmental disorder – Williams Syndrome, performing neurocognitive and structural studies, using magnetic resonance imaging. Currently, her main research is in the field of developmental neuroscience (e.g., neural correlates of language and social cognition in Williams syndrome and other developmental disorders, using functional MRI). She also uses neuroimaging techniques (structural MRI, DTI and fMRI) to study several cognitive and social-emotional processes (memory, theory of mind, decision making) in other neuropsychiatric disorders. Adriana Sampaio has also experience in stereological and behavioural analysis in animal models of Williams syndrome. She is the Director of the Neuropsychophysiology Laboratory at the School of Psychology (University of Minho).
​

Robert Clowes is a postdoctoral researcher at the IFL (New University of Lisbon), where he is a full member and currently developing an FCT funded project on: Virtualism and the Mind: Rethinking Presence, Representation and Self – (SFRH/BPD/70440/2010). He holds a Visiting Research Fellowship at the University of Sussex which facilitates his ongoing collaborations in the UK. In Lisbon Robert also collaborates with the FCT funded project on the The Cognitive Foundations of the Self and the IFL supported project Knowledge and Ability. At Sussex Robert is a member of the PAICS research group. In 2008 Robert was awarded a doctorate from the University of Sussex for his D.Phil thesis Beyond Situated Action: A Neo-Vygotskian Theory of Thinking and Language Internalisation. 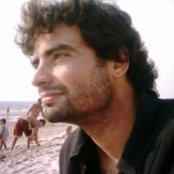 
​
Miguel Pais-Vieira is an FCT investigator at CIIS (Interdisciplinary Research Centre on Health) at the Institute of Health Sciences - Portuguese Catholic University. He was a post-doctoral research associate at Duke University (Nicolelis Lab) at the Departament of Neurobiology. He has a PhD in Human Biology from the Faculty of Medicine of Porto, University of Porto. He holds a MSc on Cognitive Sciences (Philosophy Faculty) from the Portuguese Catholic University of Braga.  His main interests are related to sensorimotor integration and brain-machine interfaces.
​


​
​​Joana Coutinho has a PhD in Psychology by the University of Minho in collaboration with the New School for Social Research in the US. Her PhD research focused on the development of the therapeutic alliance with personality disorders. Her current research interests lie in the exploration of the neuroanatomical and neurofunctional correlates of personality alterations and normal personality traits using different neuroimaging methodologies. She also led a research project focused on the neural correlates of interpersonal transactions in intimate relationships. Her clinical background as a psychotherapist brings an interest for the study of real interactions and ecological validity concerns to the design of her studies.